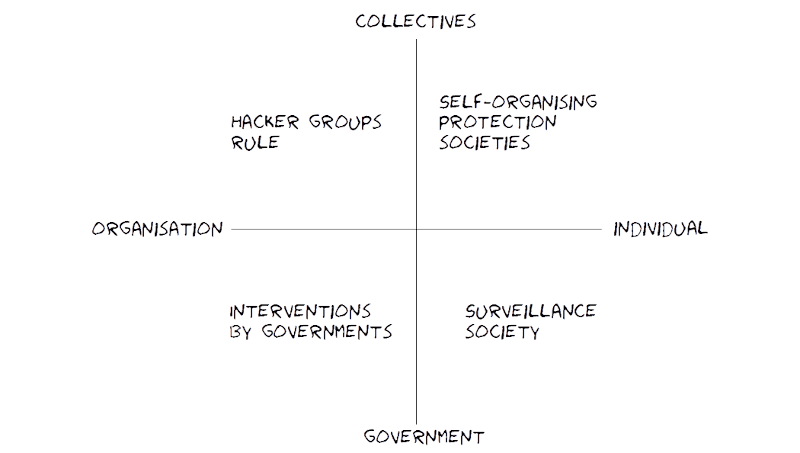 In scenario planning everything is a prediction. None of it is real. All predictions are wrong. And that which gets overlooked in most (if not all) digital scenarios is reality. For example:

This is a deviant (partly inductive) scenario, at least in terms of neo-liberal official futures.

A possible response of cartels is that they form their own protection societies for customers. Walled gardens providing anonymity and safety, with steep pricing. A possible response by governments is sicking armies of infiltrators (which may be sophisticated MLM bots) at citizens in the self-organised and corporate run gardens.